About the Reminiscence Theatre Archive 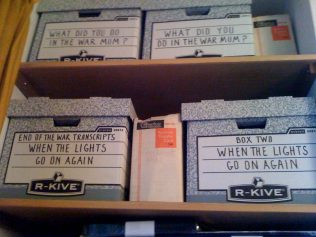 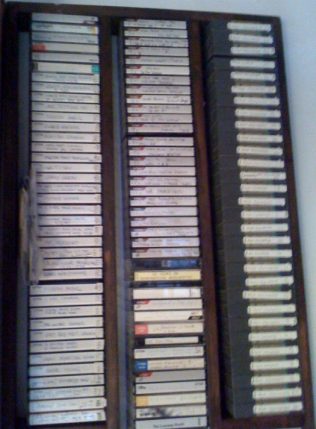 zoom
Audiotapes dating back to 1983 rescued for the archive 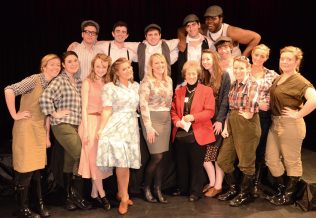 Since leaving Age Exchange in 2005, I have been working on the huge collection of papers relating to the many theatre projects I undertook as Artistic Director between 1983 and 2005. Some of these projects are much better documented than others, but for every one of them interview material has survived and theatre-related documents including scripts, production photos, press coverage, tour schedules and audience response forms. For many shows, an illustrated and edited publication was produced from the interviews and photographs given, but some of these are out of print, with only single copies remaining. There are also videos and DVDs of some of the shows and, though rather grainy, these do give a strong sense of the feel of the performances in their intended venues. Many of the shows generated 3-dimensional exhibitions and inter-active installations, also preserved in photos and videos.

It became increasingly important to find a safe home for all this material and I began to consult museums, archives and drama schools to see where I could develop the best working partnership. Some organisations were particularly interested in the recorded and transcribed memories, but had little interest in the theatrical development of this material. Others took the view that the interview material was too detailed and specific and that the students or potential users involved would be unlikely to consult it, but would like to undertake reminiscence theatre work inspired by the theatre elements of the archive. I felt more and more that it was important to keep the collection together in order to demonstrate the obvious links between the interviews and the artistic development of them into verbatim theatre and related exhibitions.

I was particularly pleased therefore, when the University of Greenwich agreed to house the whole archive and indeed to use it to develop reminiscence theatre courses involving a high degree of practical experience. Having given visiting lectures for the University in relation to the drama and history curriculum, and being already an honorary research fellow of the University, I had every confidence that we could co-operate successfully. As many of the memories in the collection were collected in south-east London, this definitely seemed to be the right move and one which had the blessing of Age Exchange.

What has actually happened has far outstripped what I anticipated. The volunteers have really taken to the reminiscence theatre form and developed excellent short pieces of original theatre from the archived memories. These shows were featured at the Reminiscence Theatre Archive launch day in May 2012.

Better still, the volunteers have had the confidence and enthusiasm to take these shows to older people in sheltered houses in the community, with an overwhelmingly positive response. The community involvement of the volunteers has been an added bonus for old and young and the way is clear to take this work forward with future years of drama students.

The co-operation of the History department has also overtaken my hopes, by giving us the support to develop this website, which we all hope will be a window for the world into the Reminiscence Theatre Archive. The website will be officially launched on May 23rd 2013 at the University of Greenwich.

Many projects require a great deal more organization and archiving, but I feel a very strong start has been made. I wish to thank Harry Derbyshire (English) Heather Lilley (Drama) June Balshaw (History) and William Robley (Archivist at Greenwich University) for their support in taking this project forward. Special thanks are due to Alex Schweitzer and Rado Klose, whose photographs are featured throughout the site