You are here: HomenextProductionsnextWhen the Lights Go On AgainnextContributorsnextMrs Quinlan 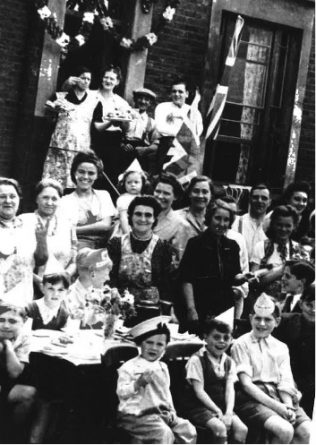 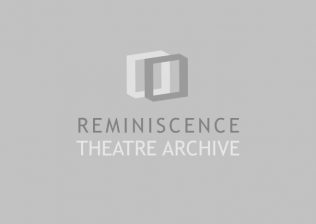 A: I was in Cooks Road, in Southwark. He’d gone out to meet some friends in town. I was at home. All of a sudden the sirens went. The old lady downstairs – we only had 2 rooms upstairs, no water – when I looked she’d got the gas mask on. I laughed and all of a sudden he’s come running back. He said “Come on, I’m taking you out.” This little baby I had then, he was evacuated. He was in a nursery and they evacuated the nursery. I said “I can’t. I’ve got my hair down”. He said “I risked my life for you and all you’re worried about is your hair”. Anyway I went with him. We’d already put in for a flat at Camberwell Green by the bus station, Warner Road. Just before he got called up, we got the flat. Just before that my baby, little boy was taken away with meningitis. We’d got him home from the nursery. He went down to ..(?) They didn’t like him, where he was. Course we nearly lost him, we were lucky. He was only getting on for three then. Anyway, it was in August we got the flat, and we was right at the top of the flats, Warner Road, 7 floors up, no lifts or anything, and it was opposite the bus garage. When he went in the army, when the raids did start bad, I used to have to go down mums in Camberwell Road. She lived down a little turning in Mansion Street. We used to go under the arches. When the raids did start they dropped a bomb – the railway was overhead and it was only a lillte turning – we was a bout three houses away from the railway. Mum and her friend they got in with a couple that run charabancs. They decided that he’d got enough people, he’d take us all out. He used to take us down at Dorking. A man down there used to have a shed for the men to sleep in and we used to sleep in the coach all night. That only lasted a month or two. It got too expensive.

Q: You used to go down to Dorking every time there was a raid?

A: Every night when the raids used to come on properly. But that got too expensive. Of course we had to come home from there. We stuck down at Piccadilly Underground station.

Anyway, he went out on D-Day. He had one week’s leave after coming home. He went all through France, Germany till it was practically over. For 4 years I brought him up on his own for the most part. When he was in England he used to come home and see him now and again. He was about 6, 7 when his dad really come out of the army. Really, he didn’t know his dad a lot. …(?)

R: How did they get on when he arrived back.

Q: He didn’t want to know his dad at first. I think that upset my husband a bit. It took him a time.

R: Do you remember particular times when he didn’t want to know him?

Q: The first night he didn’t come home till late. Course he was all scruffy. He was in bed. We only had one bedroom and I had a little side bed. Me and him used to sleep together most ofthe time, especially when we were up the flat and we had to come down. I practically lived at my mum’s house down at Camberwell Road, practically all the time cos she was worried about us being up there. Being the bus garage, they used to be after the bus garage all the time. There was a tram garage along Camberwell Road. She used to say to me “Don’t stay up there. You come down here”. I practically lived down with her all the time. That’s when we all finished up at Piccadilly station.

R: Can you tell me about that first night when he was…?

Q: He come out and he looked at him. I can’t exactly explain it but he was a bit distant with his dad. Course, as time went on… He got demobbed soon after.